I had the privilege of helping a friend produce a documentary about the harp guitar called “The Hollow Arm.” In it there is a segment the director Alden Morgan (https://aldenmorgan.com) wanted to do about Michael Hedges because of his inspiration to pretty much everyone in the harp guitar community. I have been a long time member of the HG community since 2005, am now an advisor to the their board of directors, and was able to arrange interviews with everyone at the 10th annual Harp Guitar Gathering convention (www.harpguitargathering.com). Interviews included HGG founder and fingerstyle/flatpick champion Stephen Bennett, Bob Hartman (grandson of the Larson Brothers who built one of Hedges’ harp guitars), Muriel Anderson (murielanderson.com), Jeff Titus, and Andy Mckee (https://andymckee.com/), who gave testimonies of their Hedges experiences for us in the documentary.

The segment also included an interview with Michael Manring. Alden and I took a trip to Oakland to meet him there at his house and conduct the interview. It was surreal for me to say the least to sit down with him to share somewhat intimate stories about his time spent with Hedges. The part about the terrifying motorcycle ride got a few laughs which apparently Hedges liked to do as someone tending to live on the edge! I didn’t realize that about MH until then, but it sorta makes sense as he was so innovative on the guitar and seemed unafraid to be very experimental in his music and techniques. 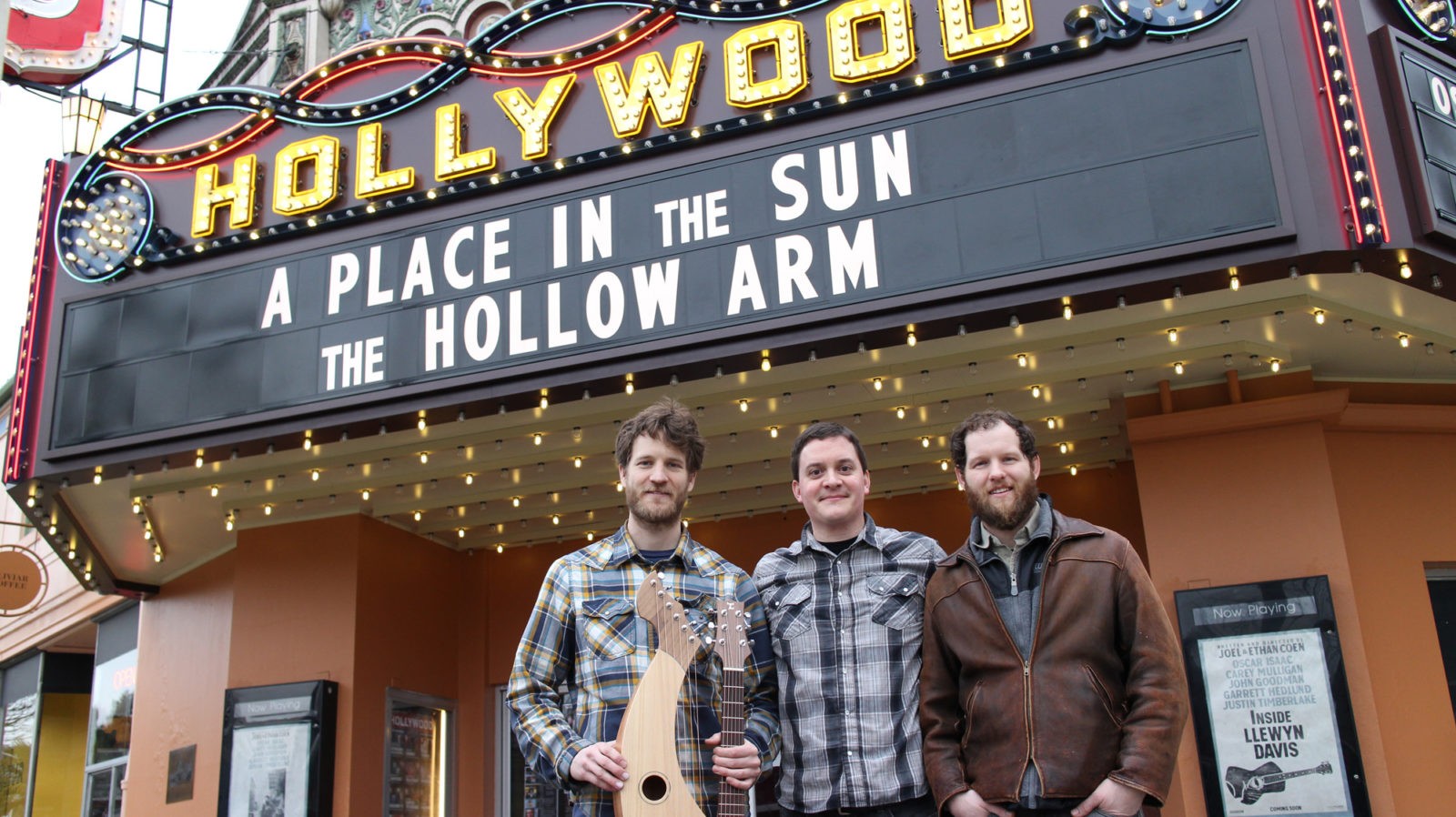 I think his major success was as a fingerstyle instrumental guitarist, tunes which today are still some of the most beautifully crafted pieces of sonic art. Contrastingly, in the PBS artist profile interview he mentioned being pressured to write more of those types of pieces by the record labels even though he was dabbling in writing vocal music with some amped up production value and additional instrumentation like flute and keyboards. I am a fingerstylist as well, but I consider his vocal songs some of his best writing, especially those off the Torched album.

Regrettably I never got to see him perform live, I was in a guitar lesson in college when my teacher told me of his passing. It was however, in that same college a year or so earlier that he had performed one of his last concerts, Boswell Hall’s Scheuler Auditorium at North Idaho College in the late 90’s. I am friends with the lead stage techs there now who have gifted to me the gig posters and promo used for that concert, as well as an unreleased audio recording from that show. Hedges told a funny story about staying at the local hotel and dealing with the grumpy front desk lady.

Andy Wahlberg (https://harpguitarguy.com/), the late Tom Shinness, Gregg Miner (www.harpguitars.net), contemporary luthiers Mike Doolin (doolinguitars.com), Fred Carlson (beyondthetrees.com), Kathy Wingert (https://wingertguitars.com/), Stephen Sedgewick (http://www.stephensedgwick.co.uk/) and more also were contributors to “”The Hollow Arm.”” I feel this 53 minute film deserves watching and noting within the Michael Hedges community because of the widespread influence he had among modern harp guitar players and builders. In making the film I wish we could have found out how Hedges was first introduced to the harp guitar. What harp guitar was his first one? Which instrument he used to compose certain tunes on like “”Becasue its There,”” and “”Double Planet””? And did he see himself composing more for the harp guitar the longer he played it? I am excited to see progress on a new documentary (or would it be a Rock-u-mentary?) as it is in some way a sequel to my efforts in the Hollow Arm where some of those questions may be answered by those who were closer to him.

Heres a link to a press article about “”The Hollow Arm”” when we premiered it back in 2014: https://www.tonedevilharpguitars.com/film-sings-praises-of-harp-guitars/

I wrote another article with more back story about our adventure making the “”The Hollow Arm”” that includes the entire film as well as the original trailer here: https://www.tonedevilharpguitars.com/the-hollow-arm