The final track (13) is the lone vocal, a spellbinding setting of an E. E. Cummings poem with soaring background vocals from Hedges pals David Crosby and Graham Nash. 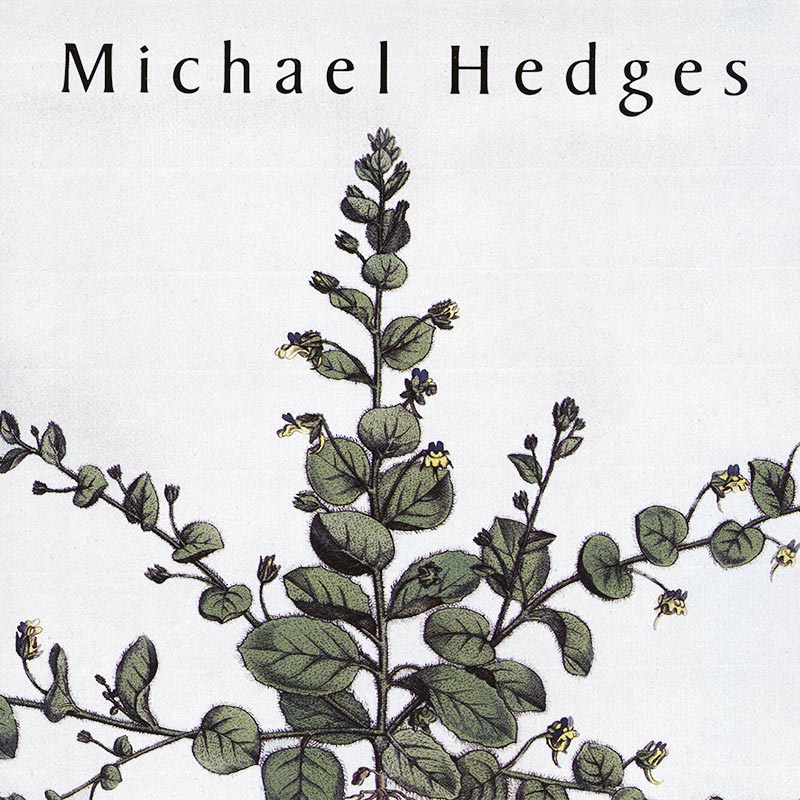 In the fall of 1990, Michael Hedges released his first instrumental album since Aerial Boundaries (1984). It was recorded in his newly-completed studio “The Speech and Hearing Clinic” (named after his father’s speech therapy clinic in Enid, Oklahoma). He said, “We made a really nice studio in the middle of the woods in Mendocino, California. So as soon as that got done, I started recording Taproot.”

Inspired by the writings of Joseph Campbell, Taproot was written as an introspective soundtrack to Hedges’ unpublished personal autobiographical myth of the same name. As part of a new focus on spiritual development, he followed Campbell’s suggestion to write his own myth. His botanical-themed myth cast himself as “Taproot” and members of his family were represented as characters/plants in the story.

His story even represents his chiropractor and other healers in his life as “The Rootwitch.” He named the concept album tracks after characters and places in this personal fairytale-myth (included in the album liner notes). He called the music of Taproot “savage myth guitar.” And the music is phenomenal.

Taproot featured fingerstyle guitar, rhythmic plectrum tunes, and violent two-hand tapping pieces. It included compositions on unusual instruments: a harp guitar, a Steinberger TransTrem electric guitar, and a high-strung guitar. Hedges’ myth-fueled guitar playing was enhanced with other instruments, including bass guitar, saxophone, flute, whistles, clarinets, and piano. Taproot was almost entirely instrumental but it ended with the vocal tune “i carry your heart,” which Hedges wrote on a low-strung guitar using the words from an e.e. cummings poem “[i carry your heart with me(i carry it in].” Hedges’ friends David Crosby and Graham Nash sang harmony vocals on this track.

Taproot met critical acclaim and was nominated for a Grammy® in the category of Best New Age Performance.

Recorded at the Speech & Hearing Clinic, Mendocino, CA – and at the Record Plant, Los Angeles, CA.

DEDICATED TO THE SPIRIT OF THE WEST WIND “There is not anyone on the face of God’s beautiful blue earth that plays the guitar like Michael Hedges.”