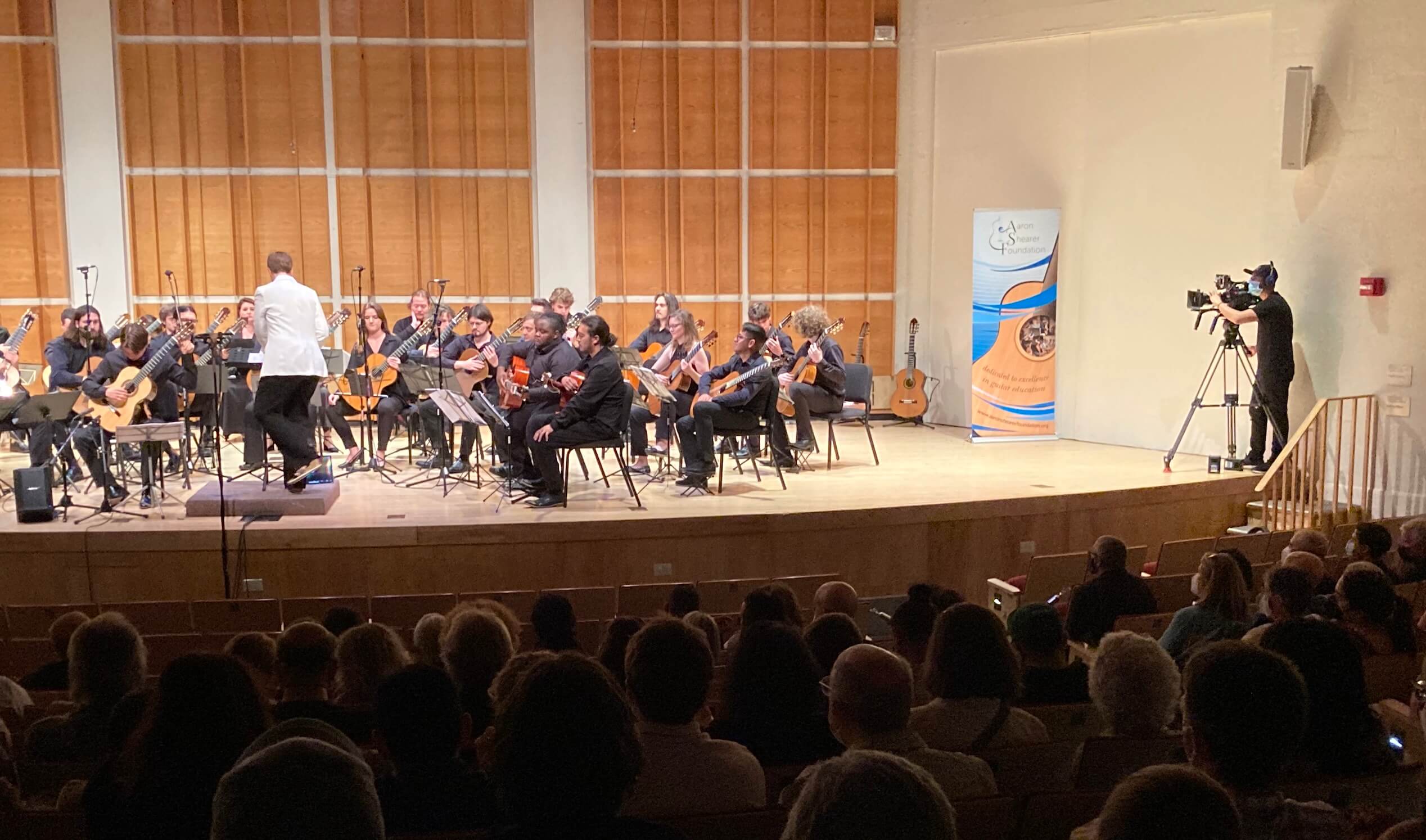 In July 2022, we filmed the U.S. Guitar Orchestra for the upcoming documentary, ORACLE: the life and music of Michael Hedges.

Ever since we saw this 2013 video of a guitar orchestra performing Michael’s music, we knew something like that needed to be included in Oracle. It’s incredibly moving seeing a virtual army of young people performing the music of a man who revolutionized the guitar. The fact that they’re playing classical guitars also lends a warm quality to the music, and is reminiscent of where Michael studied classical guitar at Peabody Conservatory of Music.

When we found out the the Aaron Shearer Foundation was presenting a tour of the United States Guitar Orchestra, starting in New York City and ending in Europe, we reached out, and they met us with open arms. They were still building their program, and offered to add Michael’s tune “Because It’s There,” arranged by Alan Hirsh, to the program so that it could be included in the film. 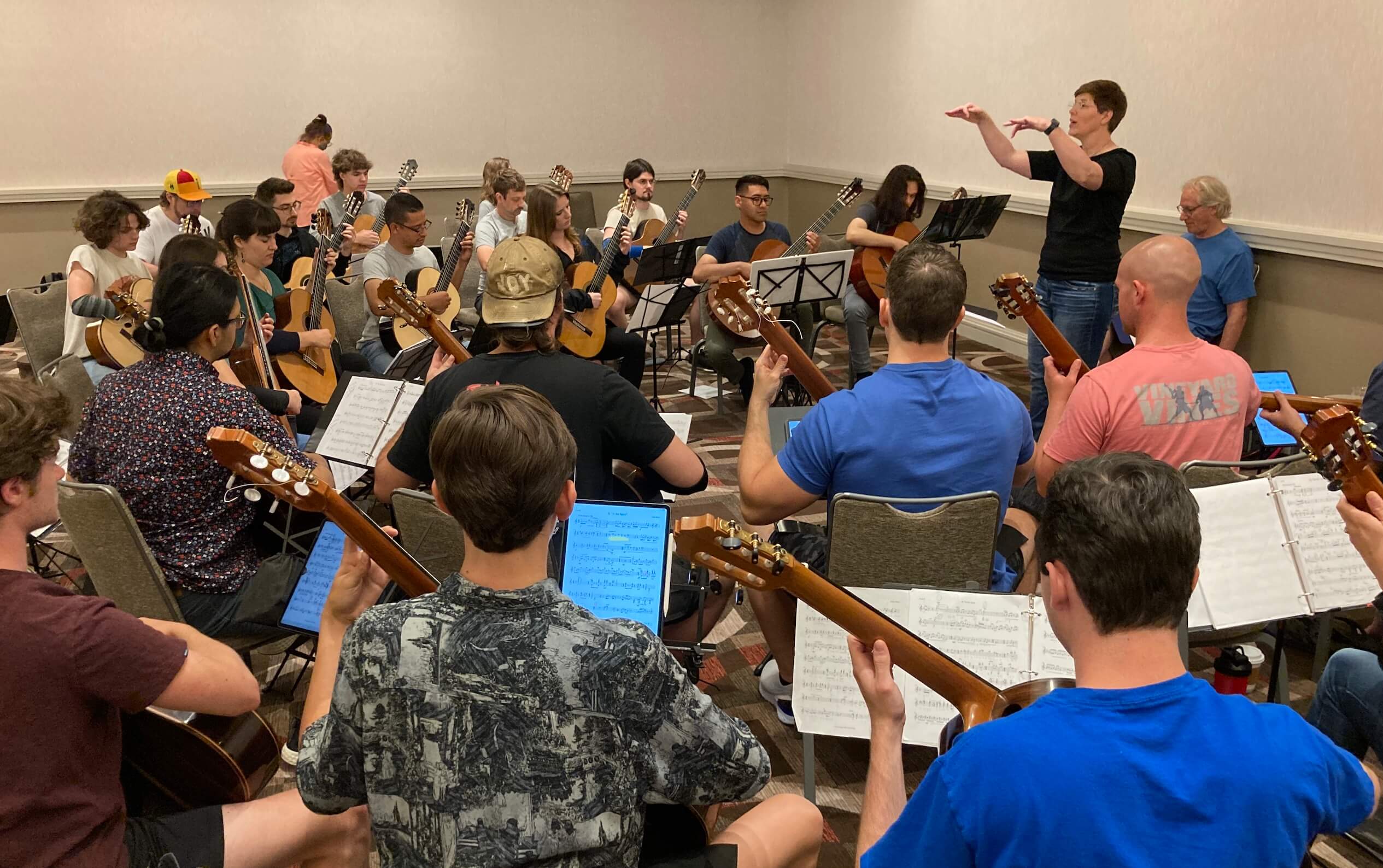 We traveled to NYC and spent 2 days filming rehearsals, interviews with the conductor, Kami Rowan and two people who attended Peabody Conservatory with Michael in the 1970s: Alan Hirsh (who arranged “Because It’s There” for guitar orchestra) and Thomas Kikta, director of the Aaron Shearer Foundation. We also captured interviews with several students who were a part of the orchestra about their experience with Michael’s music. It was fascinating seeing all the parts come together – more than 30 young musicians bringing their talent to perform the compositions of Michael and other artists.

On the last day of the shoot, we captured the orchestra’s performance at the Kaufman Music Center with a 4-camera crew, to create a cinematic experience and bring the concert to life. We’ll save that footage for the film and our upcoming crowdfunding campaign, but here’s a short behind-the-scenes clip from rehearsal, and a few behind-the scenes photos to give you a peek.

VIDEO: July 2022 – Mischa Hedges films the U.S. Guitar Orchestra, led by Kami Rowan, as they rehearse “Because It’s There” in New York City 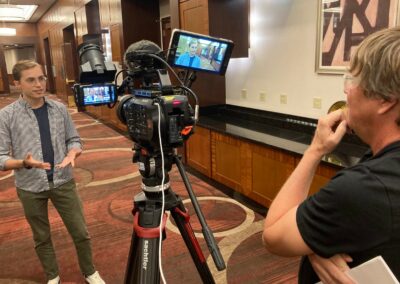 Brendan and Mischa interview students from the U.S. Guitar Orchestra 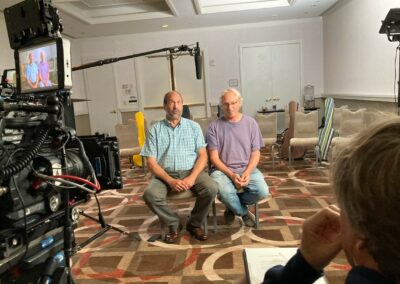 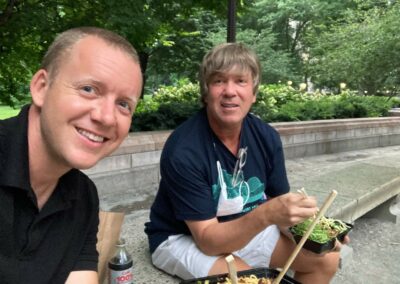 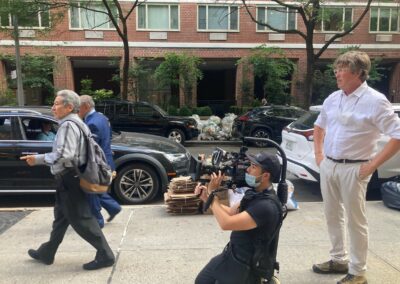 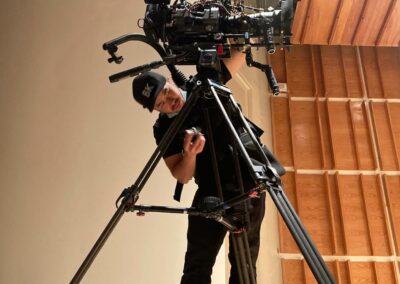 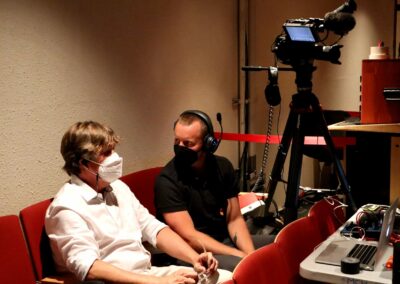 Mischa and Brendan dialing in the camera angles during tech check 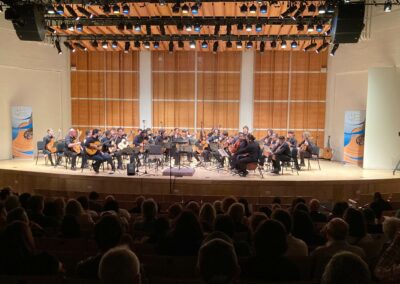 U.S. Guitar Orchestra performing “Because It’s There” by Michael Hedges 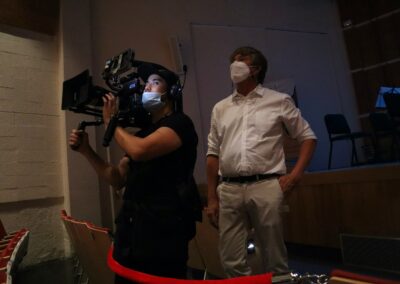 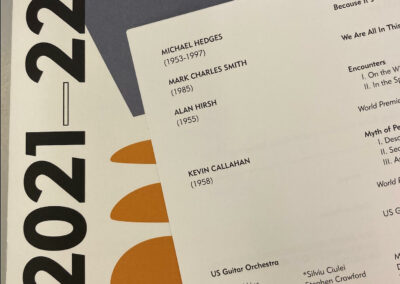 An interview with David Crosby for Michael Hedges documentary

In May 2022, Mischa and Brendan Hedges completed an interview with David Crosby for the upcoming biographical documentary about Michael Hedges.

END_OF_DOCUMENT_TOKEN_TO_BE_REPLACED 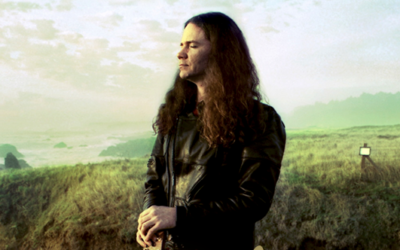 A Call for Sponsors

You’re invited to be among the first to contribute to Oracle, a documentary about the life and music of Michael Hedges.

END_OF_DOCUMENT_TOKEN_TO_BE_REPLACED